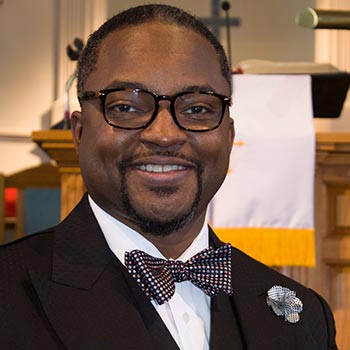 The Reverend Leonard O. Griffin is a May 1999 graduate, with a Bachelor of Arts in Pastoral Ministry Minoring in Religious Education, from the illustrious Morris College, Sumter, South Carolina ranking third (3rd) in a class of 186. He is an honor graduate of the prestigious Colgate Rochester Crozer Divinity School (CRCDS) , Rochester, New York earning the Master of Divinity in May of 2002. He is currently pursuing a Doctor of Education focusing on Spiritual Formation while matriculating through Southeastern Baptist Theological Seminary (SEBTS) , Wake Forest, North Carolina (ca. May 2021)

He and his beautiful wife, Wandalyn Kenner Griffin, have been blissfully married since 1991. They are the very proud parents of three (3): Samuel DeLeon (DECEASED), Kandy JaNay and Kemuel James-Owen Griffin! Pastor Griffin also is the youngest son of eight (8) children born to Alma and the late Glasglow S. Griffin, Sr of Edgefield, South Carolina and is a veteran of the U.S. Navy and the U.S. Navy Reserves.

During his tenure at SMBC, Pastor Griffin was very active in the community and in the North Eastern District Baptist Association. More than eighty (80+) persons joined or restored membership with SMBC during his tenure!

Pastor Griffin completed The Diversity Leadership Academy, the educational division of The American Institute for Managing Diversity. Their purpose is "to equip leaders from various community sectors with the leadership skills and competencies to effectively manage diversity". 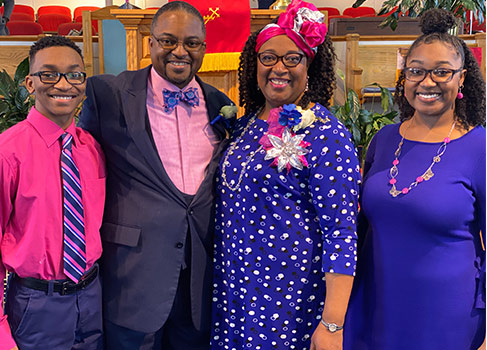 Christian Education is a hallmark of his ministry. Pastor Griffin completed service as the Director of the Morris College, Charleston Extension Certificate Class educating aspiring Lay Leaders, Licensed and Ordained Ministers. He continues to serve as an Instructor with the Charleston County Baptist Sunday School Congress and the National Baptist Congress of Christian Education. He is the Executive Secretary of the Home Mission Board of the National Baptist Convention, USA, Inc. Additionally, he is the Dean of the SC Baptist Congress of Christian Education and the Vice Moderator of the Charleston County Missionary Baptist Association.

Since March 6, 2005, Reverend Griffin has served as the 7th Pastor of the Historic Morris Street Baptist Church, 25 Morris Street, Charleston, SC. A thirty-five-member Strategic Planning Committee has completed a strategic plan, which the congregation adopted for implementation, for the future of this nearly 154-year-old congregation! Over 25 ministries have been created or revitalized under this plan. Notable among the ministries created is the church's partnership with the Charleston County School District named "The Social Butterflies". This community outreach to so-called "at-risk" 12-14 year-old girls seeks to increase the participants' sense of self-worth, perspective toward education, and to develop and define short and long term goals. The ultimate purpose is to help them become self-sufficient, motivated adults!

In the Fall 2014, the MSBC completely repainted the exterior and installed closed circuit security surveillance for the interior and exterior! Most recently, the church added the first Part Time Financial Secretary in the history of MSBC. Eight (8) Deacons have been Ordained under his leadership. Also, the first female Chairperson of the Trustees' Ministry was installed in November of 2014! In April 2017, the MSBC Food Bank Ministry was resurrected after an over (20) year hiatus and has served nearly (900) nine hundred persons and/or families since reopening!

Pastor Griffin's favorite Scripture is: Pursue peace with all people, and holiness, without which no one will see the Lord (Hebrews 12:14, NKJV).

About
History
Mission and Vision
Our Pastor
Contact Us